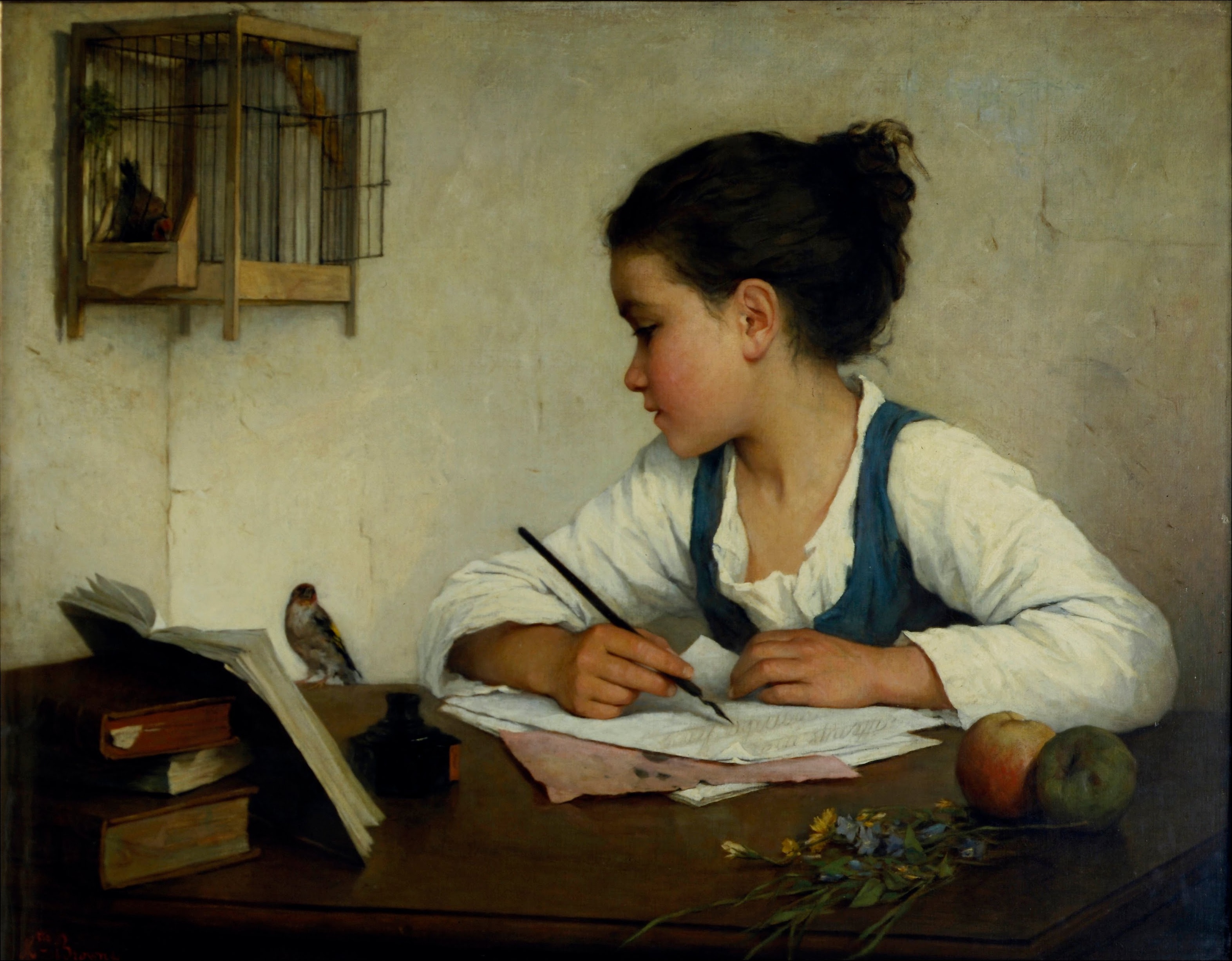 I think this painting is so beautiful, I left the image at full size.

Fear may be intangible, but it can keep you firmly in place. The concept is so ingrained it even comes with its own cliche: “Frozen in fear.”

And while it applies to approaching footsteps in echoey corridors and under-bed monsters and aliens descending from above, it also applies to writing. Sometimes what keeps us away from the page as writers is fear.

Fear of not having anything to say. Fear of saying it wrong, saying too much, not saying enough. Fear that the muse has taken a permanent vacation, never to be seen again, and inspiration, that delicate filament, is broken as surely and as permanently as a spiderweb.

Sometimes that fear is difficult to fight, and it manifests itself as a wedge between us and that blinking cursor. I’ve stared at it many times, my fingers at the ready over my keys, and yet something invisible blockades the route from idea to words.

Is it my own fear?

But here’s the thing about fear. In the words of Franklin D. Roosevelt:

Courage is not the absence of fear, but rather the assessment that something else is more important than fear.

Courage is being scared to death but saddling up anyway.

Or any of the other variations on the concept. Let’s think about it this way. Fear is kind of like a lifelong — but manageable — human illness. We have to learn to live with it and get on with things anyway.

Great advice, huh? Now if only I can take it…

2 thoughts on “Writing Through Fear”