Ray Bradbury’s “Fahrenheit 451” is celebrated for its condemnation of censorship and groupthink, but Bradbury — a writer who has always been categorized as “science-fiction” over the tonier synonym “speculative fiction” — deserves recognition for that book’s eerie prescience of culture. What he foresaw, from six decades out, is remarkable.

Though Bradbury copyrighted “Fahrenheit 451” in 1953, as described by The Big Read, it was adapted first from a short story called “Bright Phoenix” published in 1947, and then “The Fireman,” which was published in 1950. While increasing numbers of households would get televisions in that decade, at the beginning of the ’50s TVs were new. Yet not only did he foresee them in every household, he foresaw them taking over households: huge, wall-sized televisions. Bradbury imagined ear buds with his seashell radios long before the concept existed. And, in the dreaded Hound, he saw a future of robotics far out of line with the technology of the time.

But those details are prescience of technology, which, though still a neat trick, is not quite as stunning as understanding the evolution of culture if left to its natural course. With a beauty of language also often not given the credit it is due, Bradbury says: “With schools turning out more runners, jumpers, racers, tinkerers, grabbers, snatchers, fliers, and swimmers instead of examiners, critics, knowers, and imaginative creators, the word ‘intellectual,’ of course, became the swear word it deserved to be.” (Del Rey 50th Anniversary Edition, pg. 58).

Bradbury writes of the condensation of thought from book to digest to blurb in a way strangely predictive of Twitter, where all ideas must fit within the constraints of 140 characters. He sees the rise of advertising so incessant it’s nearly ritualistic, and long before the advent of reality TV, he predicted shows that were little more than life itself, with home participants easily joining.

He even wrote about the future of attempts to erase any signs of age, of having lived a life, of a world lacking depth and texture, with his description that sounds predictive of Botox long before people decided injections of neurotoxins were preferable to wrinkles: “So do you see now why books are hated and feared? They show the pores in the face of life. The comfortable people want only wax moon faces, poreless, hairless, expressionless.” (pg. 83).

And then there is that beauty of language that comes from its clarity, from each word in a sentence chosen for both its overt and subtle meanings while still seeing the far-off future from quite a distance. At a time when newspapers were in nearly every home, he said “I remember them dying like huge moths. No one wanted them back. No one missed them.” (emphasis in original; pg. 89)

There are classics that are classics through some sense of tradition, and then there are books that become classics because what they tell us about ourselves is unchanging, unencumbered by movement of culture in the world around us. “Fahrenheit 451” is about so much more than censorship. With amazing insight from more than half-a-century away, it is about the willing relinquishment of critical thinking. 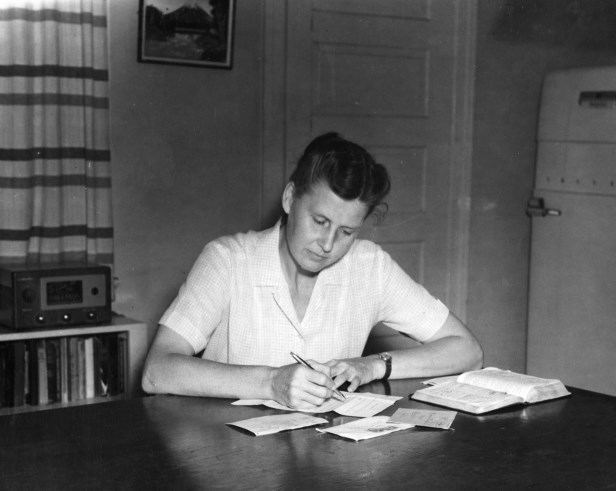 OK, so this blog. I know I’ve been absent, pretty much since the election. It’s tough to continue our lighthearted exchanges about life and writing and exercise and weird dreams and blah days.

Still, I’ve found I cannot prevent myself from writing about politics. This doesn’t see like the right place to do that, so I’ve started writing at Medium. You can even follow me there.

You can also click the links in the sidebar.

Everything I write there will be political, so be forewarned. Or intrigued. I prefer intrigued.

I’ll be trying to pop in here, and write the kinds of things this blog talks about, but the world has changed, and my focus seems to be changing with it.

I’ll keep you updated, though, on books and other such goodies, and I anticipate something in that regard in the not-too-distant future.

Hope everyone is doing well or handing in or coping. Onward we go.