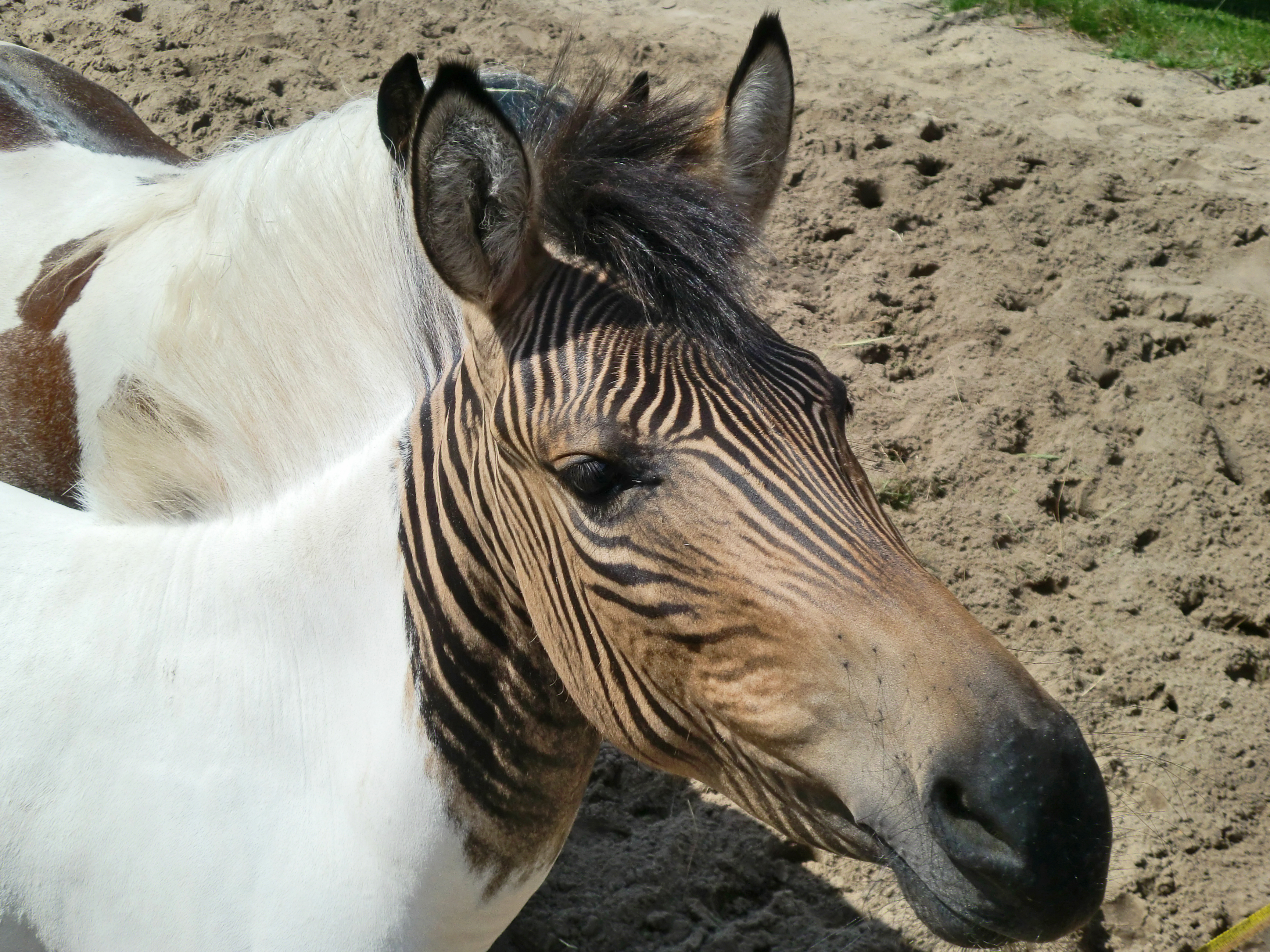 This is a zorse. Well, technically it’s a hebra (hobra makes more sense I think) because it’s a cross between a female horse and male zebra. By Christine und David Schmitt (originally posted to Flickr as Zorse) via Wikimedia Commons

As in zero-hour. As in here we are, the very last letter of the alphabet. As in zipped through April and  the A to Z Challenge.

Granted, for me about half of April was a blur between two viciously-long persistent migraines. But it almost feels like a cut-scene in a movie, where I sat down to write A and now I’m on Z.

But you probably already knew that.

It can mean the number of blog visits I managed yesterday despite my best intentions. Still sorry, all.

Tomorrow’s really the day for a wrap up, so I’ll leave a little in the word reserve, but thank you everyone for visiting this month, even though I wasn’t at my most social. With a clearer head, hopefully will come a longer hop around the interwebs.

Zero days of April left, and only spring ahead. Thanks for sharing April with me, my non-hypothetical readers.